The Project site is located at Lamidada VDC-5 of Dolakha district. The source of the flow is Gumu Khola. The altitude of the intake area is about 1070 m AMSL.The potential load centers of the project comprise Ward no: 4, 5,6 and 8 of Lamidada VDC and ward no- 4 of sunkhani VDC, ward no 4 of sunkhani VDC having 474 HH.

In Nepal, where a Bigha is about 6,772.63 square meters. Officially, most measurement of lands use units of either Bigha (in Terai region) or Ropani (Nepali: रोपनी) (in Hilly regions). Metric system is very seldom used officially in measuring area of Land. 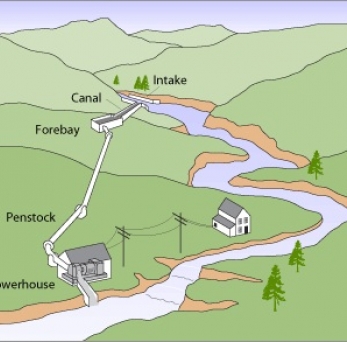 Nepal is a small country sandwiched between India and China (Tibet) with a population of 26.5M and a per capita annual income of US$480. About 55% of the population has access to electricity and per capita annual consumption of electricity is only about 91kWh (2009 data). The average rainfall in the country is about 1500mm a year, out of which 80% falls in the monsoon season (mid June to early September).

Nepal is rich in hydropower with 83,000MW of theoretical and 42,133MW of technically/financially viable potential. A recent study has shown that the total capacity based on the run-of-river basis at Q40 (flow exceedence) and 80% total efficiency is 53,834 MW; with annual energy potential at 346,538GWh [1]. With storage projects, the potential will increase substantially. However, even with this enormous potential and a 100-year history of hydropower development, the total installed capacity, at present, is a mere 730.47MW. Indeed over the past four years there has been a severe electricity deficit, inducing painful load shedding.

The Ministry of Energy (MoE) and Department of Electricity Development (DoED), under MoE, oversee electricity development in Nepal. The Nepal Electricity Authority (NEA) is fully owned by the government and is responsible for the generation, transmission and distribution of electric power. NEA is the agency which purchases power from independent power producers (IPPs) and DoED issues licences for survey and generation on a first come, first served basis against a nominal fee. Recently, the government significantly hiked these fees for a survey licence.

DoED has issued about 13,289MW of survey licences for hydropower. However only a tiny fraction of those issued has been initiated for construction. The concession period is 30 years for export and 35 years for domestic consumption. A substantial number of Indian companies have secured a large numbers of survey licenses from DoED.

The government of Nepal (GoN) has established an investment board which looks after large infrastructure projects including hydropower schemes bigger than 500MW. Its main objective is to attract foreign direct investment (FDI) in the country. The government has also established a hydropower investment and development company to ease financial constraints for the IPPs. However, the company is mandated to cater for projects greater than 25MW.

The Power Purchase Agreement (PPA) rate up to 25MW is Nepalese Rupees NRs.4.80/per unit (5.52 US cents) in the wet season and NRs.8.40 (9.65 US cents) per unit in the dry season with simple annual price increase of 3% for five times. For greater than 25MW, rates are fixed by negotiations.

Table 1 presents the generation mix of the power system in Nepal. In addition, there are micro hydro projects totalling about 18MW, along with 14MW of solar energy.

Hydropower projects (under NEA and in PPP model) under construction are given in Table 2. In addition, there are about one and one half dozen small to medium size projects under implementation by IPPs. Large projects under preparation for implementation are given in Table 3. Four hydropower projects under construction by NEA are all behind the stipulated schedule. In last FY 2011/12, only a total of less than 12MW was commissioned; whereas the annual required additional power is about 90-100MW. In this ongoing FY a total of about 55MW is expected to be commissioned. NEA has now floated tenders for the supply and operation of a 80MW diesel plant. The electricity demand (NEA-2011/12) projection is shown in Figure 1.

There is a large unmet demand for electricity in India. At present, the shortfall is about 6500MW in Northern India. For 2030, the electricity required for whole of India is 511GW (for an 8% growth) and the deficit may be more substantial. There is a possibility of a good market in India for Nepal’s hydropower. However, importing electricity in India is a restricted procedure which needs clearance from three Indian ministries on an annual basis and an import duty of Indian rupees Rs.2/per kWh (US cents 3.68). There is the potential to export hydropower power from Nepal to India in summer; and import thermal based power from India in winter for the benefit of both countries.

In comparison with hydropower development, Nepal’s transmission lines have been given less priority. Hence, there have been problems of power evacuation. Several major transmission projects are planned and under implementation at present. The NEA is poised to construct 3300km of transmission lines and 64 sub-stations in the coming decade. The planned 400kV, 140km long, double circuit Dhalkebar-Muzzafarpur (Nepal-India Cross Boarder) has most of the preliminaries in place and construction will start soon. It is expected to be operational by 2014.

The government of Nepal has prepared a plan for the development of 10,000MW and 25,000MW of hydropower for the coming 10 and 20 years respectively. However, concrete action in this direction has not been initiated. Two large and attractive projects for exporting power to India are the 900MW Arun-III HEP and 900MW Upper Karnali HEP which were awarded to Satluj Jal Vidhut Nigam (Govt. of India undertaking), and GMR of India through global bidding. Other important projects are the West Seti (750 MW) storage project which was awarded to a Chinese company through negotiations. A 400MW storage project Nausyalgad in west Nepal is also under feasibility study while the Upper Tamakoshi hydropower project (456 MW) with 850m head is under implementation with local resources.

Six projects (totaling about 209MW) awarded by DoED through bidding are awaiting PPA and are ultimately expected to go for construction.

The Karnali Chisapani (10,800MW) storage multipurpose project is an attractive project whose feasibility study has been done. However implementation is only possible if the Indian market is opened up. Furthermore, the 6450MW Pancheshwar multipurpose project on the River Mahakali border has been in the pipeline for joint development by India and Nepal. After almost 16 years there is still little progress. Detailed study is ongoing for the 3000MW Sapta Koshi project basically designed for flood control in India and Nepal. However, again, progress has been very slow for various reasons.

The stymied progress of proposed and projects under implementation is resulting in a bottleneck for hydropower development.

There are numerous barriers constraining hydropower development in Nepal. A lack of political stability, good governance and law and order issues are important factors hindering progress and economic growth. Frequent changes of ministers and the government, lack of inter-governmental agency co-ordination, prolonged processes and procedures for environmental clearances from the government, and a long list of inordinate local demands have been posing a major threat to hydropower development in Nepal.
Environmentally, the Himalayan geology is young and fragile; hence, there is the risk of earthquakes and landslides. Controlling sediments in the hydro projects is also a challenge. Most of the Nepali rivers have little discharge in the dry season but become wild in the monsoon season. The effects of climate change in Nepal are visible and there may be little snow cover in the glaciers and Himalayas in the next 50 years. In some cases, the risk of glacier lake outburst flood may be a major threat to hydropower development.

A defined community development policy of granting small shares to local and affected people may create goodwill and support for hydro developments. 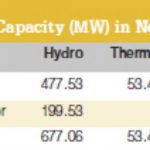 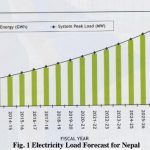 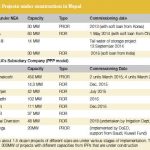 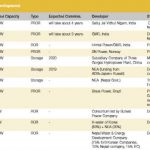